No One Is Coming To Save You

Ever feel that with the busyness of day-to-day living, back-to-back news of crisis, relationships, aspiration, socialising, social media, entertainment, and trying to keep up with EVERYTHING, things can be confusing?... Maybe rather than pausing a moment, we might be knee-jerk decision-making our way headlong into catastrophe?If yes to any of the above, this is a poem for you X

I've got a gut full of pills and a head full of dreams.
Sucking up a windpipe of what might have beens.
And the speed limit signs warn keep it slow,
But his foot is hot with itching at the pedal.
Turn the radio on, let's bang up the songs, keep playing.
Past the dubstep and old hip-hop and newsflashes saying
Aid workers were the last to get hit.
Yeah, peace was the subject, the real target.
We call a truce, only accidentally fire.
It's all stacking up in tobacco lung pliers
That grip you down to the bone.
We stumble through the ricochet.
Windscreen wipers making hay
In case that sun ever dares shine on.
On to soul tunes, then some new tunes,
I'm counting magpie silhouettes
"Keep singing" he says "we're not done yet."
But I can't seem to make out words,
All twisted echoes and haunted reverbs
Of bullet holes and smouldering,
And dodgy pubs with cracked ceilings.
Children's faces silenced with shock,
Roadside camps and pillows of rock.
Laddered tights and belly laughs,
Curry stains, charts, graphs, fire shots.
Trendy beards chomp halloumi cheese,
Unarmed black men killed by police.
Inspirational quotes and jokey memes,
Amazon sticks and advertising.
New York blazes, Aleppo hazes,
Tanks that knocked out entire cities.
He turns his head and says "God, things aren't pretty."
We say goodbye to the things that mattered.
"Let's pull over" I say, "you must be shattered."
He clenches a cigarette in fraught teeth.
His squinted smoked eye seeks retreat
In headlights and in darkness,
In raindrops and vague chances.
"I'll put my foot down, we'll make a new sound.
Sleep won't come anytime soon." 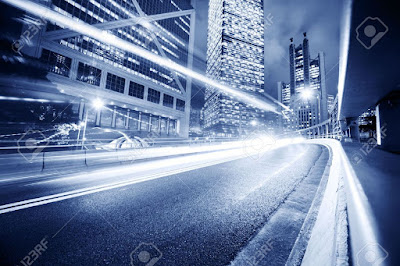 I've been reading the mighty Owen Jones this week and then heard the news today on the UK immigration minister planning to build a £1.9m wall at Calais - This happened...

"Let's build a wall and keep them out, call it migrant policy,It will cost the bones of 2 million to build this demise of diplomacy.So, you continue investment on neoliberal 1%,The media have planted the seed so it's migrants they'll resent.I'll hammer home the message of lack of resources and austerity,It's worked to present absurd economics as the only reality."

"Mix up the concrete, make sure it sticks, they'll see nothing through seeping cracks,
Decorate it with flowers the other side to minimise eyesore impact.
The public are tired, defeated, distracted, they're not even angry this time,
So if we could muddy the waters a bit and mention some stuff on war crimes,
We're bound to blur the lines further between victim and perpetrator
And if we play it clever, the public will think they're decision-makers."

"Now, you should be aware that we've already had the call
Saying the issue won't be solved by building a great big wall.
The problem is on-call drivers having their vehicles hijacked,
Of course, the main issue of human trafficking isn't in this pact.
But if we clamp down on security, the message is loud and clear,
That Goodwill is in name only if they're actually trying to get in here."

And now my feeble words have fallen to a new page,
Will you join me in voicing that this is not the view of our age?
The events that are unfolding here will be testimony
Of how we are remembered when today lines history.
We can't say we didn't know, we can't say we didn't see,
Only our actions will say our view and change course of this legacy.